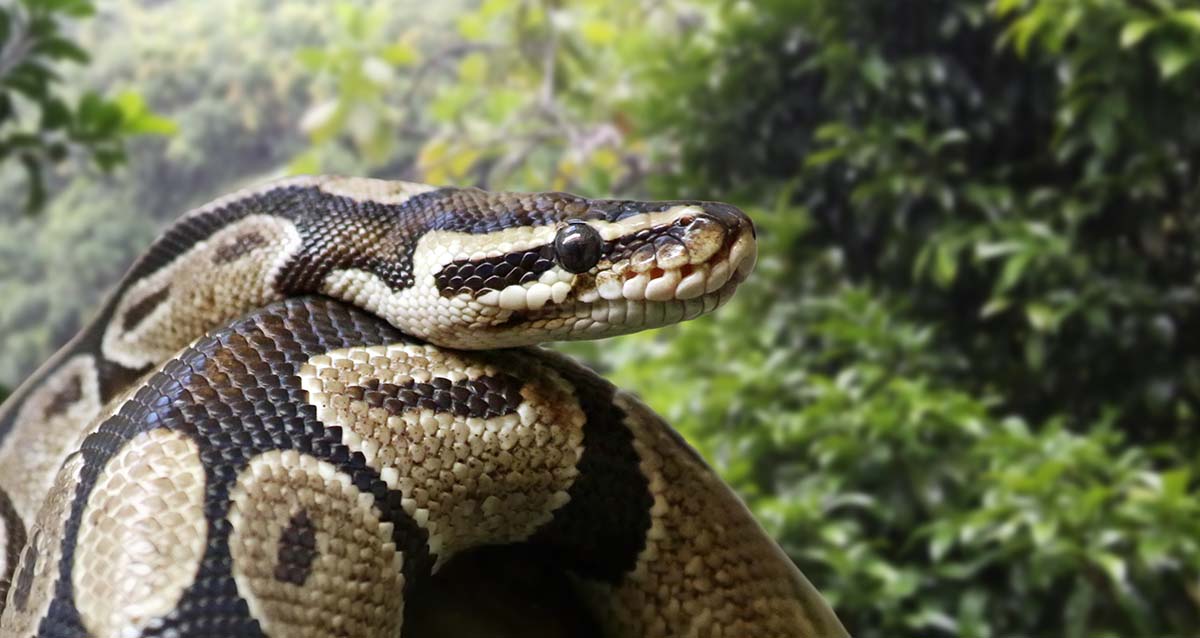 The illegal trade in python skin generates $1+ billion annually, according to a 2012 report by the International Trade Center.

Given that python skin has become one of the most pronounced sartorial trends of recent years, this number can only be expected to have increased. If the status quo continues, continued demand will support an unethical and unsustainable supply chain mired in ambiguity and complexity.

Consumer demand is driving a supply chain whereby for every legally obtained animal skin, another will be illegally poached, as estimated by the Convention on International Trade of Endangered Species (CITES), the primary regulatory body in the python skin industry. South-East Asia alone imports more than 500,000 skins legally into Europe each year.

In this post, we will explore the unique challenges in the python skins supply chain and how a blockchain-based asset tracking solution can address them.

The trade-in python skin is problematic for more than its frequent illegality. It is mired in an opaque supply chain that often allows for cruelty and unethical practices, drawing mounting consumer, supplier, and regulatory concerns.

Pythons Are Endangered (Despite Their Resilience)

According to CITES, if properly harvested, the python is “a species resilient to high levels of harvest.” Despite this fact, consumer demand for python skin is driving demand beyond their resilient levels.

The python skin trade preys on a species classified under CITES Appendix II, labeling them as a species not immediately threatened with extinction but at risk of becoming so if trade is not regulated and they continue to be exploited.

The International Trade Center’s recent report on the python skin trade in South-East Asia found that many pythons are killed before reaching sexual maturity, having an adverse effect on the ability of the population to maintain stable levels.

Why is this happening?

Illegally sourced snakes are initially found by hunters who are typically poor and dependent on their prey as sources of income. These hunters then sell the python skins for slaughter to a slaughterhouse, where they are processed and sent to a tannery.

From there, the skins are sent to fashion factories, where they are made into boots, belts, handbags, and more.

These items then enter the often lengthy fashion supply chain and are eventually sold in stores to consumers, primarily in Italy, France, Switzerland, and Germany.

Between all of these points, there are also transport services, increasing the number of interested parties. Additionally, around 70% of python skin exports are re-exported via the Republic of Singapore, where they are often stockpiled.

Python skin traceability is a uniquely multi-faceted and multi-national challenge.

The situation has been so pressing as to motivate Kering, the parent company of brands such as Gucci, Saint Laurent, and Alexander McQueen to establish their own python farm, creating their own autonomous supply chain rather than sourcing through independent hunters and supply chains.

“Today, there is no way to be fully sure where the skin comes from.”
Marie-Claire Devau, CSO, Kering SA

The establishment of a directly-owned farm is not only a testament to the level of difficulty in traceability but also a strategic statement in support of corporate responsibility.

The New Financial Value of Sustainability

While there is undeniable financial value in the illegal trade of python skin, increasing regulation and consumer awareness is already “wearing” on the industry.

In October 2019, McKinsey released a report entitled ‘Fashion’s new must-have: Sustainable sourcing at scale,’ which detailed the results of a survey of 64 executives collectively responsible for sourcing more than $100 billion of goods. All participants in this survey reported a sense of urgency around integrating sustainability, traceability, transparency, and digitizing sourcing processes.

A company such as Kering is in a unique position to convert this challenge into a monetizable strength.

To create credibility, foster consumer trust, and truly monetize on sustainability Kering’s efforts must be legitimate and verifiable.

The best way to do this in the python skins market is to create traceability, not only for the Kering farm but for the industry as a whole.

If all actors on a supply chain were to integrate with the STRATO platform, they would be inherently held accountable, as the system would automatically update data in real time and with guaranteed accuracy.

It would be near impossible, for example, for stockpilers to shroud the true count of skins at hand, as the supply chain players before them would have entered immutable data into the universal, shared system.