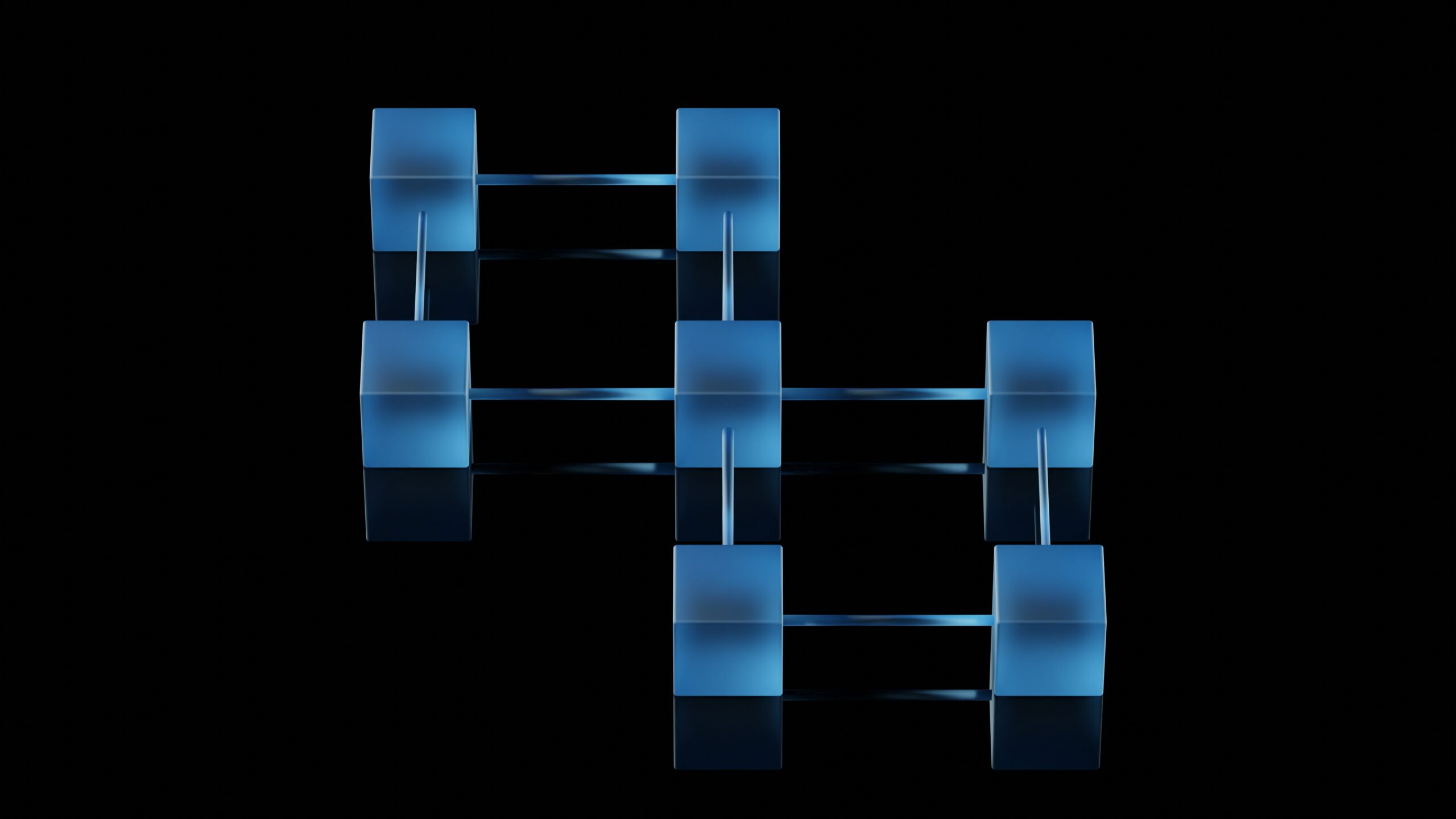 Every year, about half the country will dispute a transaction on their credit or debit card. The dispute process, known in the industry as a “chargeback,” allows a customer to receive a refund through their credit card company for fraudulent transactions, damaged or missing items, or other legitimate issues.

Support for chargebacks was mandated by a little known congressional law called the Fair Credit Billing Act in 1974. In the decades prior, customers who had been fraudulently charged via their credit card were either forced to accept the loss or suffer a hit to their credit score for refusing to pay the bill for goods they never received.[1]

The exact details of the dispute resolution process are complicated, but a basic summary is presented in the diagram below. 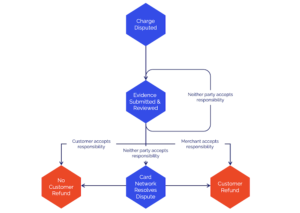 The central feature of the process is the loop linking the “Evidence Submitted and Reviewed” step to itself. It’s similar to the legal appeals process — each party submits evidence that they behaved correctly, which is reviewed by the banks of the buyer and seller to render judgment.

If neither party accepts responsibility for the purchase after some finite number of appeals, the card network itself issues a final judgment resolving the matter. Appeals can be time-consuming and expensive, so both parties have an incentive to resolve the dispute quickly.

Chargebacks are a very popular feature for credit and debit cards, and one that crypto payment solutions have not traditionally supported. In the credit card chargeback model, gatekeepers play a very important role. They issue chargebacks to merchants that are impossible to refuse. The merchant’s bank has the ability to unilaterally withdraw funds from the merchant’s account as soon as the cardholder’s bank approves it.

Centralized gatekeepers play a role in reversing fraudulent transactions at much larger scales. For example, during the Bangladesh Bank robbery in February of 2016, the theft of hundreds of millions of dollars was prevented when the Pan Asia Bank notified Deutsche Bank of a series of suspicious transfers by the Central Bank of Bangladesh.

Deutsche Bank, which was acting as the routing bank for the transaction, halted transfer of the funds and sought clarification from the Central Bank of Bangladesh. Though $80 million had already been transferred, this action prevented the theft of close to $900 million more.

This incident helps illustrate the role of banks as gatekeepers in the fiat monetary system. The web of gatekeepers, more than any particular cryptographic protocol, is the tool that prevents large thefts from occurring.

The lack of such gatekeepers is a fundamental feature of cryptocurrencies. To replicate the credit card model in crypto, one would need to design a system that allows at least one account to unilaterally withdraw funds from another account.

Such a design choice would introduce a large and dangerous security risk into any coin that attempted its implementation. If hackers ever gained access to such an account, they could use it to alter balances at will. As a result, no popular cryptocurrency supports this kind of back door transfer.

Analogues to transaction reversals in crypto are rare and have required the cooperation of a large number of independent entities. On June 17, 2016 a large mining pool cooperated to invalidate 24 blocks after the theft of $60 million from The DAO. This event triggered a split in the Ethereum community, since though 89% of miners agreed to return the funds to the previous owners, a small group refused and continued to validate blocks in the chain that included the hack.

Of course, one could always design a protocol for a new coin to allow such a central authority to arbitrarily alter account balances. But this would violate perhaps the most sacred principle in cryptocurrency: “your key, your coins” No one but the account owner should be able to alter account balances. Such a currency would be unlikely to see widespread adoption.

So the credit card chargeback model cannot be used in crypto without major modification. Most blockchain companies are content to end the discussion here. They are happy to cede the ground to fiat.

I disagree with this choice. I think it is possible to support chargebacks on the blockchain, and that companies who don’t support them lack creativity. It is hypocritical to state that cryptocurrency is better than fiat, but to make no attempt to replicate one of fiat’s most popular features. In the sections below I’ll review some of the possible ways we think this can be done.

Problem 1: Who rules over disputes?

In the credit card model, the banks serve as the lower courts and the card network itself serves as the supreme court. There are no institutions exactly analogous to banks in crypto, so any marketplace hoping to implement chargebacks must decide on the structure and incentives of entities tasked with resolving disputes.

The natural entity to rule over disputes (at least so long as transaction volume is fairly low) is a network governance organization or some entity it appoints to the task. This “chargeback court” could issue chargebacks to a merchant in much the same way as a normal bank, with the caveat that the money cannot be directly withdrawn from the merchant’s account for the reasons explained above.

If volumes on the network reach a sufficient level, it may be sensible to allow multiple competing companies to operate in a “dispute marketplace”. The buyer and seller could bring their dispute before any of these entities provided they reach mutual agreement. If such an agreement proves impossible, a resolver could be picked at random, or it could simply default to an entity chosen by the network governance organization.

For either of the above systems, the actual process of resolution could function similarly to the credit card model: buyers would be free to dispute a chargeback, and sellers could submit evidence to overrule the chargeback. Either party could appeal a decision against them a certain number of times if they believed the judgment was made in error.

Once a final ruling is issued, the liable party must accept the charge plus fees. Since, however, there is no way for a bank or any other party to unilaterally withdraw funds from the liable party, chargebacks will require an external enforcement mechanism. This brings me to the next issue that must be addressed.

Problem 2: How are rulings enforced?

As explained above, funds cannot be unilaterally withdrawn from the liable party’s account once a dispute ruling has been issued. So to ensure the dispute winner always receives what they are due, an alternative method of enforcing rulings must be established. There are a few models that could be adopted to realize this objective.

One option is to adopt the debit card model, in which users are required to submit chargebacks within two days of the initial charge or else face a steep increase in liability. Between the purchase date and the two day deadline, funds could be held in escrow via smart contract, and would only be released when all parties agree that the others have fulfilled their obligations.

This option would negate the need for liquidity beyond that provided by the accounts of the buyer and seller. But it adds additional inconvenience for the merchant, who must now wait for the escrow period to expire before being able to access funds.

To limit such inconvenience, the window for chargebacks must necessarily be short, which increases the likelihood that a buyer will fail to notice a fraudulent transaction until it is too late. For example, an empty package might not even arrive until after the two day mark. All of these problems can be somewhat amended by the next option, in which a third party negates both downsides by providing liquidity.

In many countries, a large percentage of the population drives motor vehicles. Occasionally one of those drivers gets into a very expensive accident whose cost is far beyond their ability to pay. One way to ensure the victim is always compensated would be to only allow rich people with lots of cash to drive. Another way (which is unsurprisingly much more popular) is to force drivers to carry insurance that covers the cost of expensive accidents.

The insurance model forces bad actors to bear a larger percentage of the cost of chargebacks. Pooling money from a large number of sellers would reduce the odds of customers winning a chargeback dispute but failing to be refunded due to a seller’s insolvency or abandonment of the platform.

Chargebacks cannot be reliably granted without verification of the real identity of users on the platform. Without identity verification, there is simply no way to take legal action against those misusing the platform.

Consider how a platform with no identity verification deals with repeat offenders. On a marketplace such as Amazon that requires information about merchants, those sellers can be taken to court. Without identity, there is no one to sue. Worse still, the same user can make a new account on the platform immediately and repeat the same scam.

For blockchain to see large-scale adoption as a payment platform, it should support popular existing features as well as advantages unique to the technology. Chargebacks are one such feature, and their inclusion in crypto would smooth the path to widespread adoption. My hope is that by supporting chargebacks, STRATO Mercata will reduce fraud, improve the customer experience, and help bring the benefits of blockchain to transactions of real-world assets. 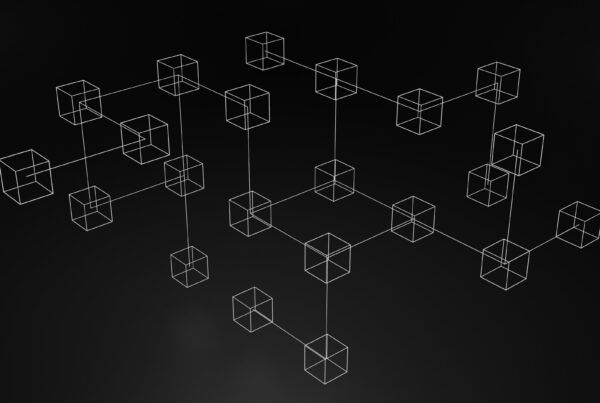 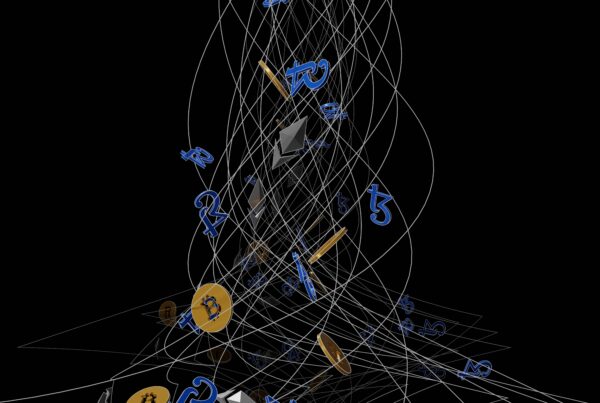 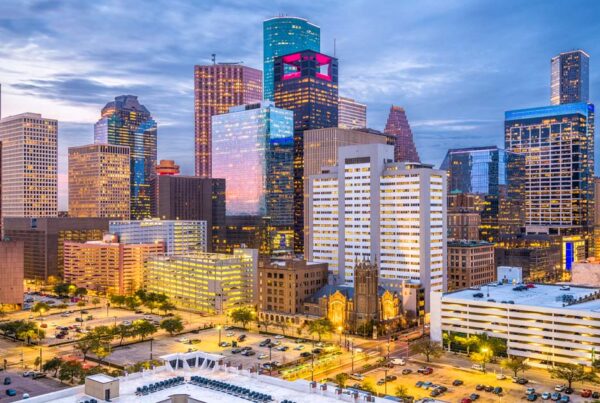